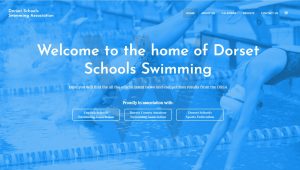 The Dorset Schools Swimming Association is to lose its’ Secretary and events organiser, Gina Wilcox, who has announced that she will step down at this year’s Annual General Meeting after 16 years in the role. In a statement to gala organisers and officials, Gina said: ” We have sadly lost both Wendy Hooper and Mandy Thomas earlier this year due to previous conditions, and this follows the passing of Jean Holland and Gordon Smart last year, all without whom the DSSA would not have been as successful as it has been over the years. This has led me to consider the future of the Dorset Schools Swimming Association and I feel after 16 years as Secretary and ‘general factotum’ that it is also time for me to step away from the post. Should someone come forward to take on the position, I would of course support them but this, and the changing situation in schools and swimming pools, needs thought and decisions before the next AGM, currently planned for Thursday 15 October. Again, I sincerely thank you for all the support you have given to the DSSA and I wish you continued good health in this our lovely County of Dorset.”

Anyone interested in helping to preserve the traditions of Schools Swimming in Dorset can contact dorsetasa@gmail.com or Gina Wilcox direct.