The national reporting deadlines for both SwimMark and Stronger Affiliation are changing with submission dates being deferred until later in the year. Clubs with a current deadline of 8 December 2021 now have an extra few weeks until 31 January 2022.

For 2022 deadline dates, clubs required to submit reports by 23 March now have until 30 April, those due to submit by 22 June until  31 July, and clubs with a 21 September submission date until 31 October. 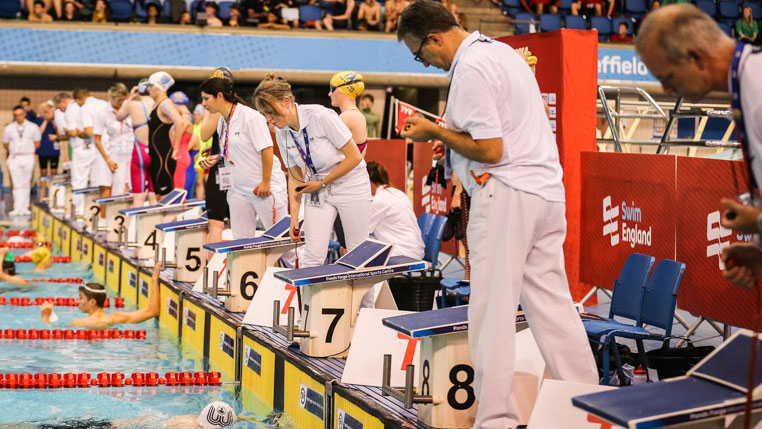 Following the reintroduction of a level of competition across the home nations, the British Swimming SOG has agreed deadlines for candidates to complete Judge 1 training as follows.

Candidates who commenced their Judge 1 training under the old face to face/classroom system will have until 31 March 2022 to complete their practical training.

Candidates who completes their Judge 1 online theory training by the 31 August 2021 deadline with have until 31 July 2022 to complete their practical training.

Finally, candidates who completes their Judge 1 online theory training from 1 September 2021 onwards will have 11 months to complete their practical training.

The BSSOG has emphasised that the date of completion of theory training is the date on their certificate and not the date it is uploaded. It is therefore important that candidates enter the correct date when uploading their certificate otherwise the date will default to 1 January 2021, which may reduce the time available to complete the practical elements. However passes under the “old” system should be processed as such, and NOT via the online upload system.

Any practical training that has already been completed since the date on their certificate can be used, provided it meets the criteria for mentoring as laid down in the log book. Also there is no longer a requirement for any Judge 1 candidates to undergo a final assessment, and once the candidate is considered competent on all required elements they may be awarded the qualification. Requests for extension of any of the published deadlines will be considered on an exceptional, case by case basis, and requests must be submitted by the candidate to swimmingofficials@swimming.org for consideration by the BSSOG.

Log books are now being issued on a regular basis so if they are not being received, candidates should email swimmingofficials@swimming.org  with their membership number if waiting more than two weeks from uploading their certificate.

Olympics success to inspire the next generation 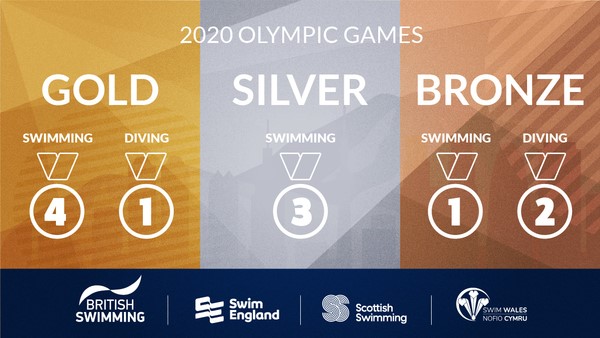 Swim England CEO Jane Nickerson has congratulated Team GB’s aquatic athletes and hopes the success will spark inspiration in the next generation. The rearranged Tokyo 2020 Olympic Games will go down in the history books, and not only because of the year-long postponement. It was the most successful Olympic swimming campaign ever for Team GB, producing eight swimming medals, three diving medals and many outstanding performances.

In the diving, we saw how much it meant to Tom Daley after winning his first ever Olympic gold medal alongside Matty Lee, to which he then added a bronze in his individual event. Jack Laugher also recovered from a tough year to battle his way to a well-deserved bronze.

Olympic debutants Alice Dearing and Hector Pardoe in the marathon swimming and the artistic swimming duet of Kate Shortman and Isabelle Thorpe did the nation proud with their performances, setting them on their path towards Paris, while the efforts of 16-year-old’s Jacob Whittle and Andrea Spendolini-Sirieix, fresh off the Swim England talent pathways, showed that all dreams are possible.

Jane Nickerson commented ” It’s not just about the medals though. Every single British athlete, coach, volunteer and member of the support staff are now role models for the next generation. This includes all of those involved from Learn to Swim, club level and beyond. Our athletes had to start somewhere. We also appreciate the role families and parents have played in the success of this great team. The support network, including the parental taxi service at all hours of the morning, cannot be underestimated. From everyone at Swim England, we would like to say a huge congratulations. You were all part of this Olympic success. We hope that is this success will inspire more and more to get involved with our wonderful disciplines.”

The start of the Paralympic Games is just a few weeks away – here’s hoping it will be as exciting and successful. 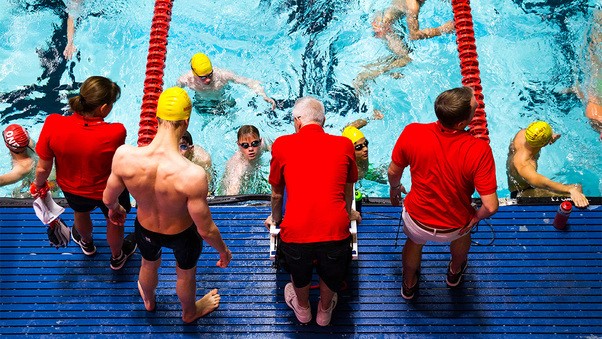 Swim England’s Talent Pathway Selection Policy for the 2021-22 season has now been released. Each stage of the national pathway is detailed within the guidelines and outlines how athletes are selected onto the four-stage national framework, which comprises the National Development Programme, National Event Camps, Swim England Junior Squad and Swim England Performance Squad.

The all-encompassing approach facilitates the Optimal Athlete Development Framework (OADF) and provide guidance on technical and tactical aspects of their stroke as well as nutrition, mental wellbeing, race execution and post-training recovery. Tools such as video analysis will be used to enhance the delivery of the programme’s content, which ultimately aims to holistically develop the participants as people, athletes, and performers. The coronavirus pandemic has meant athletes on the talent pathway this season have taken part in a mix of online training and poolside activity, which will continue in 2021-22.

Grant Robins, Swim England head of talent – swimming, said of the release: “This selection policy has been designed with fairness, transparency and inclusion in mind after what has been a challenging year for our athletes. The pathway will be a fun, positive experience for the athletes selected – and is it hoped that it fosters curiosity within the sport and encourages an environment of lifelong learning leading to some fantastic performance outcomes.” You can view the selection policy in full by clicking here. 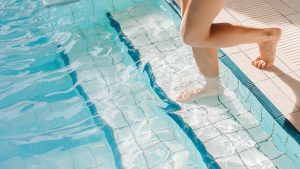 From 19 July most of the remaining Covid restrictions have been removed. The latest government guidance can be found here and the Swim England Covid FAQs page will be updated on an ongoing basis.

Ultimately decisions on what takes place in a pool must be agreed by the user and the operator but for further help and assistance on Covid related issues contact guidance@swimming.org.