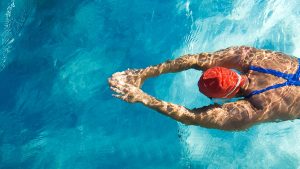 Prime Minister Boris Johnson announced yesterday that a regional tiered approach to tackle the spread of coronavirus will come into effect from Wednesday 2 December but with the bonus that swimming pools and leisure centres will be allowed to open again.

Swim England is waiting for the Department for Digital, Culture, Media and Sport to publish updated guidance later this week to understand the full impact on our sports, and in particular what the new system will mean for organised group activities for over 18s, but following is what is known at the moment.

Under 18s will be exempt from restrictions as before so all club activity for all disciplines and learn to swim sessions for under 18s are unaffected.

In tier one areas, indoor sports for over 18s can take place within the rule of six. For example, participants from different households could play three v three water polo. Group activities for over 18s  such as club training sessions and exercise classes can take place in larger numbers, provided that participants are in separate groups (up to six people) that do not mix.

In tier two areas, over 18s can take part in indoor group activity provided there is no mixing between households. People can play certain sports which do not involve close proximity or physical contact against one person from another household.

In tier three areas, indoor sport for over 18s will be restricted to within your household only and there should be no group activity such as exercise classes