Open Water Swimmer of the Year 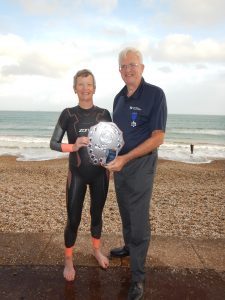 Dorset’s Linda Ashmore has been awarded the 2019 Swim England South West Region Open Water Swimmer of the Year award. The Weyport Masters swimmer produced a sensational swim in challenging conditions to regain the world record for the oldest woman to swim the English Channel at the age 71 years. Ashmore, who is also an Ironman World 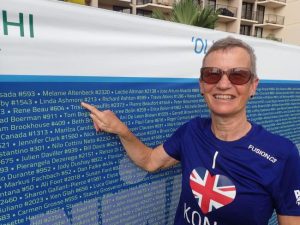 Champion, held the record 11 years ago at the age of 60, but since then lost her title first to 64 year old Australian Sue Oldham and then American Pat Gallant-Charette who completed the swim at 65 years.

Ashmore completed her first ever Ironman competition in Bolton at the age of 68, finishing in first place in the 65-69 age group to earn a place in the Ironman World Championships in the more exotic location of Hawaii and, in 2017, eventually winning the 70-74 division at that event. A talented athlete across a range of sports, she was also the first finisher in the F70+ category at the London Marathon in 2018.